Geneva, February 20, 2108 – The HbbTV Association, a global initiative dedicated to providing an open standard for the delivery of broadcast and broadband services through connected TVs and set-top boxes, today announced the immediate availability of HbbTV 2.0.2. This update of the second version of the core HbbTV specification enables HbbTV applications to benefit from new “Ultra High Definition” video and audio technologies such as High Dynamic Range, High Frame Rate and Next-Generation Audio –   delivered as streaming services using, e.g., MPEG-DASH. More specifically, the new release brings the following enhancements to HbbTV content: 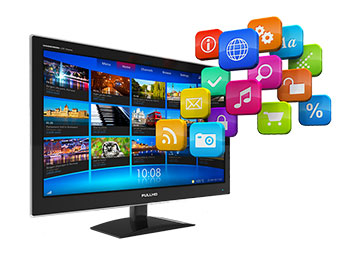 The HbbTV 2.0.2 specification has been under development since October 2017, and it builds on significant work done in DVB during 2017. Many HbbTV devices already support these technologies today, but there has been no standardized way to use these features. The new specification defines a common, standard mechanism for accessing them from HbbTV applications.

To promote interoperability of the newly added features, the HbbTV Association will order tests that are planned to be available in time for products going on sale in spring 2019.

Commenting on the new release, HbbTV Vice-Chairman Jon Piesing said, “With this new release of our core specification, we fill a gap in delivering broadband services to connected TVs and set-top boxes. We enable the use of new, exciting audio and video technologies to deliver HD and 4k content with much better pixel quality to HbbTV-compliant devices”.

The HbbTV 2.0.2 specification can be found on the HbbTV website.

Please select an appropriate option below whether you’re a member of either HbbTV or ERT. Exclusive pricing is offered to members. Please not that membership confirmation is required prior to registration confirmation. Prices shown are w/o 24% VAT.